The Off World series is an original idea for the screening of films that describe specific cultural climate and social phenomena characteristic for a certain part of the world, regardless of whether the director used a form of documentary, feature or animation. The films in Off World are a specific reaction to those phenomena in the given cinema, allowing us to look at the matters of people from other cultural circles through their eyes, and not through the perspective of the Western culture.

Today’s Cuba. A mother and daughter set off on a journey in an old Polaquito (Polaczek), a Polish Fiat 126p remembering the times of communism. The long and uncomfortable journey is a great opportunity to talk about family, responsibility and unfulfilled opportunities. Will they be able to understand each other and accept their life choices? Polish premiere.

On a Moroccan beach, two teenagers try to find a moment of intimacy, but there is still something going on around them. They try to take advantage of every moment of inattention of onlookers.

The parents of a little Chasuna are divorced and the girl has to travel from her home on a traditional mongolian grassland to visit her father in the big city. Shortly after, she meets her father’s new wife. Will Chasuna be able to accept a new person in the family? Film awarded e.g. at Hong Kong IFF. 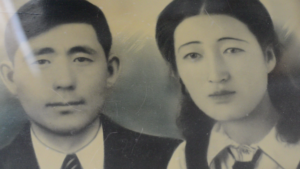 A story about a special time in the calendar of the Korean diaspora in Russia. During the ceremony called Jesa, families go to their ancestors’ graves to perform traditional ancestor worship ceremonies. World premiere.

In a Romanian village, a family prepares their last meal before the father leaves for England. A childhood friend also appears at dinner, but his presence reveals another layer. Polish premiere.

After the screening, we invite you to a discussion with the show’s curator.